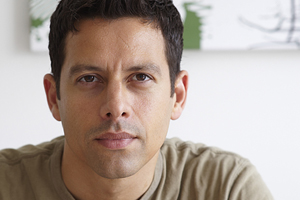 Danish/Moroccan songwriter, producer, remixer & engineer born March 6, 1969 in Tårnby, Copenhagen, Denmark. Belmaati began as a DJ, mainly spinning hip-hop records in clubs and even hosted his own 2-hour show at the Danish radio station The Voice. He formed the Dance group Wizdom-N-Motion with fellow DJ Jørgen 'TNT' Møller which spawned several hit records. In 1993 he teamed up with Cutfather to form the production duo known as Cutfather & Joe, which lasted until 2006. The duo is responsible for a number of big chart successes, including the radio remix of Mark Morrison's "Return Of The Mack", which stayed for two weeks at #1 in the UK Singles Chart in 1996, and an Ivor Novello Award for the most played song in the UK in 2003; "Superstar" by Jamelia.