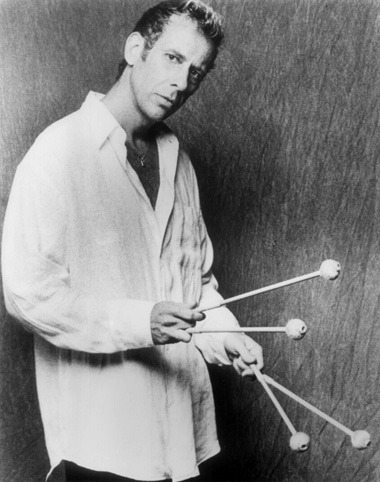 Joseph Paul Locke (born March 18, 1959) is an American jazz vibraphonist, composer, and educator.As a jazz musician, Locke was precocious, having played with musicians such as Dizzy Gillespie, Pepper Adams and Mongo Santamaría while in high school.[citation needed] Since moving to New York City in 1981, Locke has performed with Grover Washington, Jr., Kenny Barron, Dianne Reeves, Eddie Daniels, Jerry Gonzalez' Fort Apache Band, Rod Stewart, Beastie Boys, Eddie Henderson, Hiram Bullock, Bob Berg, Ron Carter, Jimmy Scott, Geoffrey Keezer, The Mingus Big Band and Randy Brecker, among many others. Locke has toured extensively throughout the world, both as leader and guest soloist. Some highlights include a 16-city tour of Russia, which culminated in a concert with the Moscow Chamber Orchestra,

Afterglow on Nocturne for Ava by Bob Sneider & Joe Locke

But beautiful on But Beautiful by Joe Locke

Ain't No Sunshine on Lay Down My Heart by Joe Locke

Nancy with the laughing face on But Beautiful by Joe Locke

I Wish You Love on Love in Translation by Rosario Giuliani, Roberto Gatto & Joe Locke

Dedicated to You on Lay Down My Heart by Joe Locke