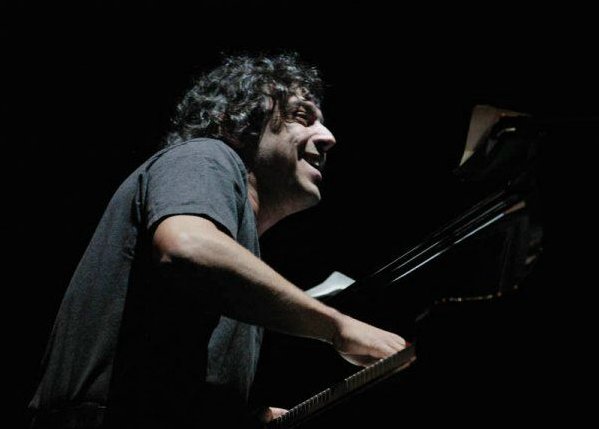 American jazz pianist, born February 27, 1965 in New Rochelle, New York, USA. A member of the Branford Marsalis Quartet, Joey also played an recorded extensively with Michael Brecker. He has recorded several albums as a leader, including a self-titled trio album on Columbia featuring bassist John Pattitucci and drummer Jeff "Tain" Watts. Joey has played/recorded as a sideman with artists such as Elvin Jones, Dave Liebman, Arturo Sandoval, Bob Berg, Jerry Bergonzi, and others.

Stars Fell On Alabama on Going Home by Joey Calderazzo

Free on Live From The Cotton Club, Vol. 1 by Joey Calderazzo

Waltz for Debby on Amanecer by Joey Calderazzo

Black Nile on The Traveler by Joey Calderazzo