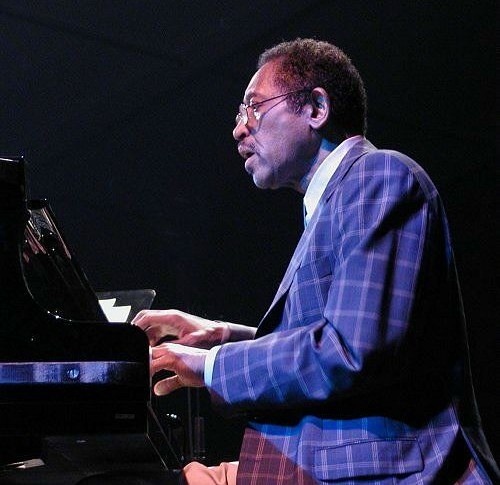 American jazz pianist married to jazz flutist Elise Wood (Elise Wood-Hicks ). His first wife was Olympia Hicks, who also recorded with him. Born December 21, 1941 in Atlanta, GA, USA. Died May 10, 2006 in New York City, NY, USA. At first being taught piano by his mother, Hicks went on to study at Lincoln University of Missouri, Berklee College of Music, and the Julliard School. After playing with a number of different people during the early '60s (e.g. Albert King, Oliver Nelson, Grant Green, Johnny Griffin, Pharoah Sanders, and more) he joined Art Blakey & The Jazz Messengers in 1964. He then played with Betty Carter ('65-66) and Woody Herman ('68-69) as well as playing as a sideman with a large number of others. In the early '70s he taught jazz history and improvisation at Southern Illinois University before returning to accompanying Betty Carter. Released his first studio album as leader in 1979 (After the Morning) then continued to concentrate on performing solo and in smaller groups, although also led his own big band and played with Mingus Dynasty. He married flutist Elise Woods in 2001.

After The Morning on Hicks Time by John Hicks

Misty on Nightwind by John Hicks

Reminds Me on Hicks Time by John Hicks