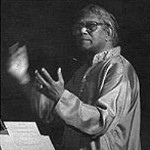 John Mayer (28 October 1930 – 9 March 2004) was an Indian composer known primarily for his fusions of jazz with Indian music in the British-based group Indo-Jazz Fusions with the Jamaican-born saxophonist Joe Harriott..Mayer was born in Calcutta, Bengal, British India, into an Anglo-Indian family and, after studying with Phillipe Sandre in Calcutta and Melhi Mehta in Bombay, he won a scholarship to London's Royal Academy of Music in 1952, where he studied comparative music and religion in eastern and western cultures.

Slow Dancing in a Burning Room on Continuum by John Mayer

Waiting On the World to Change on Continuum by John Mayer

Gravity on Continuum by John Mayer

Free Fallin' - Live at the Nokia Theatre, Los Angeles, CA - December 2007 on Where the Light Is: John Mayer Live In Los Angeles by John Mayer

XO on XO by John Mayer