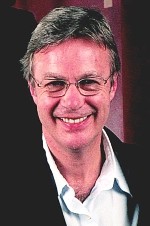 b. 1951 English A&R executive, record producer, photographer, manager, recording artist, and songwriter, who started his career in 1974 at Polydor doing radio promotion. He also worked at Island Records as a product manager and as an editor at the Radio & Record News. After some production work, he became an A&R and a producer at Chrysalis in 1986. In 1995 he joined Sanctuary Records. Williams has worked with The Housemartins, Simple Minds, Blancmange, and High among many others.

Duel of the Fates on Star Wars: The Phantom Menace by John Williams

The Imperial March (Darth Vader's Theme) on Star Wars: The Empire Strikes Back by John Williams