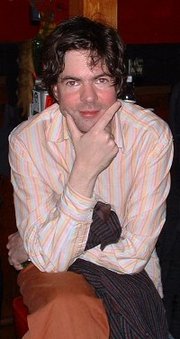 Jon Brion (born December 11, 1963) is an American rock and pop multi-instrumentalist, singer, songwriter, composer and record producer. He performed with the The Excerpts and The Bats in his early career, before going on to composing film scores, including Paul Thomas Anderson's Hard Eight, Magnolia, and Punch-Drunk Love, as well as Eternal Sunshine of the Spotless Mind and I Heart Huckabees. Brion also works as a solo artist and released his debut solo album, Meaningless, in 2001.

Everyday on Rave On Buddy Holly by Various Artists