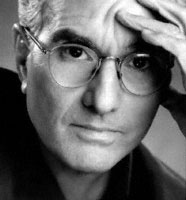 Jorge Calderón, originally from San Juan, Puerto Rico, is a multi-instrumentalist, songwriter, and record producer best known for his collaborations with Warren Zevon and Buckingham Nicks. He began working with Buckingham Nicks in 1972 as a percussionist. He toured with the band until they disbanded in 1975. He later worked with Fleetwood Mac, recording and writing a song, "Kiss and Run". The song was released on the 2004 remastered version of Tusk. He holds the unique distinction of having been credited on all of Warren Zevon's post-1976 albums with the exception of My Ride's Here. Additionally, he produced Zevon's final album The Wind, on which he also co-wrote many of the tracks, as well as the Zevon tribute album Enjoy Every Sandwich: Songs of Warren Zevon. On The Wind, he plays bass,