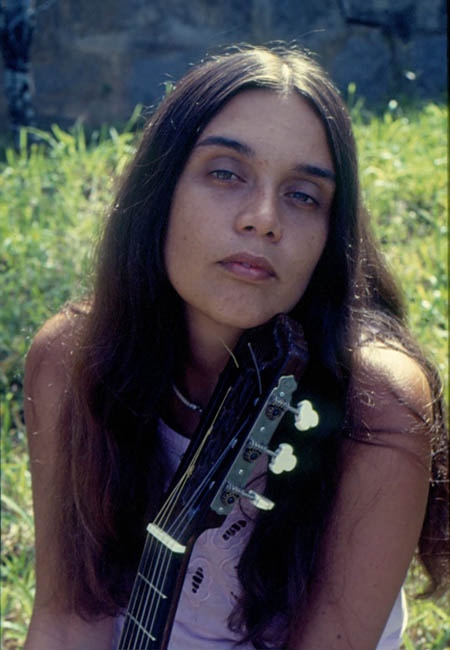 Brazilian singer/songwriter, guitarist, and arranger. (pronounced "Joyce" in English-speaking countries, or "Joy-see" in Portuguese-speaking countries). Born: 31 January 1948 in Rio de Janeiro, Brazil. Joyce Moreno (often recording as simply "Joyce") is best known as a Brazilian singer/songwriter and arranger, but is equally adept as an accomplished guitarist; both principally in the Bossa Nova style. Arguably, her most important work, in terms of a Brazilian socio-political context, was her album "Feminina" (1980). She is married to drummer Tutty Moreno, who plays in her band. Two of her daughters are also singers, Clara Moreno and Ana Martins (aka Anané) who is married to Louie Vega.

Clareana on Feminina by Joyce

A Felicidade on A Vida Tem Sempre Razão by Various Artists

Feminina on Feminina by Joyce

Monsieur Binot on Retratos by Joyce