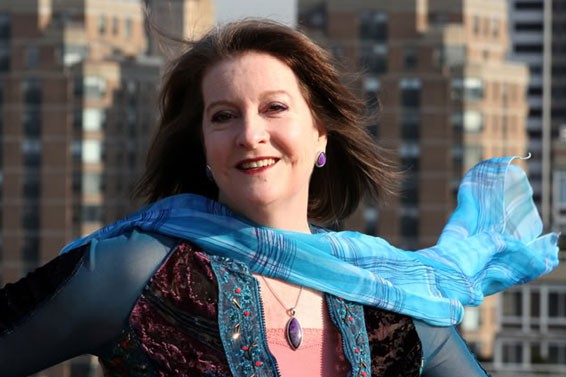 Judi Silvano, born 1951, is a jazz singer and composer. A native of Philadelphia, her singing style bears similarity to Norwegian jazz singer Karin Krog. She is a scholar of Sheila Jordan and of Jeanne Lee. Silvano researches and performs under-represented music by Women Composers, some of which is featured on her "Women's Work" CD on JSL Records. Her 10th recording as Leader, "Indigo Moods" CD on Jazzed Media is a collection of Standards from the Great American Songbook, played in an empathetic trio with just piano, voice and trumpet. Silvano also writes many Original songs with or without lyrics as well as Chamber Music pieces and has had her compositions played on stages in New York City and in Europe. Composer Lori Dobbins wrote "Sketches for Silvano" for her, scored for Voice, Percuss

Pavane on Vocalise by Judi Silvano