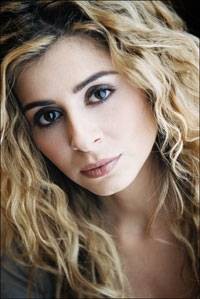 Julie Zenatti, (born 5 February 1981), is a French singer celebrity. She first played the role of Fleur-de-Lys and later Esmeralda on stage for the musical Notre-Dame de Paris. Zenatti was involved with Notre-Dame de Paris co-star Patrick Fiori from 2002 to 2006 and the pair were engaged for two years. She's a judge of the reality competition X Factor France.