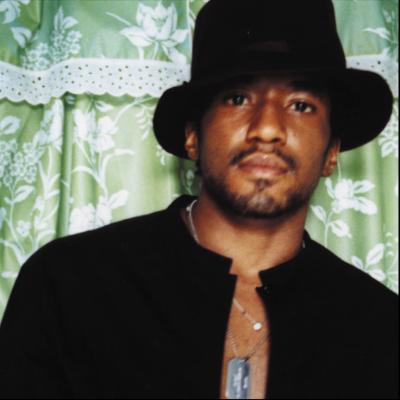 Kamaal Ibn John Fareed (born April 10, 1970), better known by his stage name Q-Tip, is an American hip hop artist, producer, singer, and actor from Queens, New York City, part of the critically acclaimed group A Tribe Called Quest. Q-Tip was born Jonathan Davis on April 10, 1970 in Queens, New York. His father was from Montserrat, a British territory in the eastern Caribbean. His mother is an African-American woman from Alabama. He attended Murry Bergtraum High School in Manhattan, New York. He converted to Islam in the mid-1990s, and changed his name to Kamaal Ibn John Fareed. The Q in Q-Tip's stage name stands for Queens, the borough of New York City from which he hails. In an interview with Martha Stewart he revealed that he got his nickname Q-tip during his childhood because he was skinny and had big hair. Q-Tip is a resident of Englewood Cliffs, New Jersey. He is the cousin of both Consequence and Dres from the hip hop group Black Sheep.