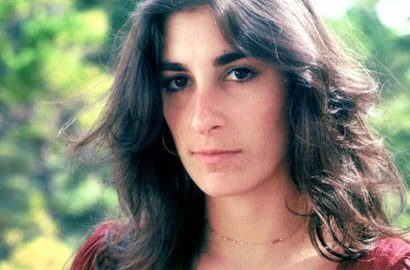 Karla Bonoff (born December 27, 1951) is an American singer-songwriter, primarily known for her songwriting.As a songwriter, Bonoff's songs have been interpreted by other artists such as "Home" by Bonnie Raitt, "Tell Me Why" by Wynonna Judd, and "Isn't It Always Love" by Lynn Anderson. Linda Ronstadt has recorded a number of her songs, notably three tracks on the 1976 album Hasten Down the Wind – "Someone To Lay Down Beside Me", "Lose Again" and "If He's Ever Near", which introduced the then-unknown Bonoff to a mass audience.Bonoff continues to tour throughout the US and Japan.

When Will I Be Loved on 8 Seconds by Various Artists

Standing Right Next to Me on New World by Karla Bonoff

The Water Is Wide on Restless Nights by Karla Bonoff

Goodbye My Friend on New World by Karla Bonoff

All My Life on New World by Karla Bonoff

Somebody's Eyes - From "Footloose" Soundtrack on Footloose by Various Artists

Personally on Wild Heart Of The Young by Karla Bonoff