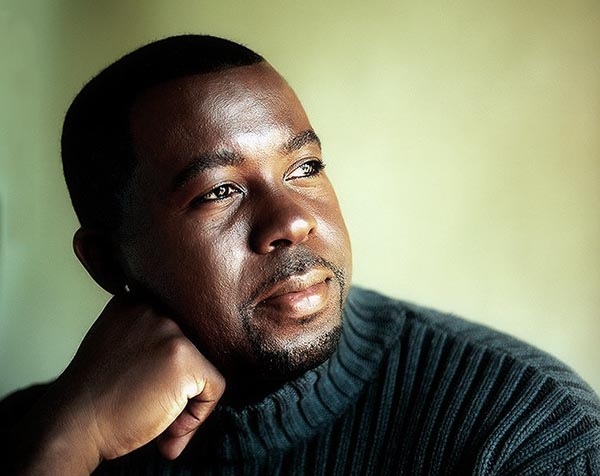 Kashif (born December 26, 1959, New York City, New York, USA – died September 25, 2016, Venice, Los Angeles, California, USA) was an American multi-instrumentalist, singer, songwriter, record producer, artist, composer, author, director and educator. As a producer and songwriter he worked with many artists including Whitney Houston, Kenny G (2), George Benson, Barry White, Lil' Kim, Evelyn King, Will Downing, Dionne Warwick, Howard Johnson, Johnny Kemp, Glenn Jones, Al Jarreau, Da Brat, Meli'sa Morgan and others. Never knowing his real parents, Kashif (whose name means "inventor, discoverer and magic maker") grew up in eight foster homes. Learning to play a $3.00 song flute at the age of seven provided him with what turned out to be an important common denominator in his unstable environments. At age 15, he joined B.T. Express whose credits included early funk/dance hits like "Here Comes The Express" and "Do It 'Til You're Satisfied" and later he signed with Arista as a solo artist. It was during his time as a solo artist that Kashif teamed with New England Digital Corp to help further develop the Synclavier, the world's first sampler. His use of the computerized instrument was recorded on tracks like "I Just Got To Have You (Lover Turn Me On)", "Stone Love", "Help Yourself To My Love" and the Grammy-nominated instrumental "The Mood". His second album, "Send Me Your Love" resulted in two Grammy nominations ("Edgartown Groove", featuring Al Jarreau, and "Call Me Tonight"), while his 1985 release "Condition of the Heart" also yielded another Grammy nomination with "The Movie Song." He wrote and produced "Inside Love" for George Benson and helped launching the career of Kenny G with the tracks "Hi How Ya Doin', and "Nightime In Tribeca". He then teamed up with then-newcomer Whitney Houston. The result was Whitney's first across-the-board smash "You Give Good Love", which he also co-wrote, and "Thinking About You", a single track from Whitney's successful debut-album. Kashif also worked with Whitney Houston on her second album. He produced Dionne Warwick's "Reservations For Two" which he duetted with her. He also sang on and recorded another duet titled "Love Changes" with Meli'sa Morgan, taken from his same-titled album. In the 1996, with an invitation from the UCLA Extension program, Kashif created a course called "Contemporary Record Production With Kashif". He also wrote and self-published the book "Everything You'd Better Know About The Record Industry." In 2001 Kashif started Brooklyn Boy Software and developed three software products, the Music studio Organizer, Music Business 411, and the Complete Music contracts Pack. Most recent music projects include producing "Brooklyn Breezes" for Will Downing, producing the Duke Ellington Tribute CD for the Duke Ellington Foundation featuring Nancy Wilson, Kenny Lattimore, Eugene Young, and other original members from Duke's band. He also worked on the theme song for the 2001 Para-Olympics. In September 2003 he released a double CD titled "Music From My Mind" consisting of 15 new songs plus the entire first Kashif album released on CD for the first time. Although Kashif worked as an author, software developer, lecturer, film producer and educator, music was always his first love.

Stone Love on Kashif by Kashif

Help Yourself to My Love on Kashif by Kashif

Reservations for Two (with Dionne Warwick) on Love Changes by Kashif

Don't Stop My Love on Kashif by Kashif