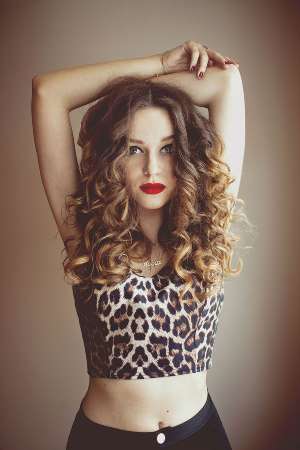 KASIA LINS TAKE MY TEARS [u]ABOUT KASIA LINS[/u] Kasia Lins was born on June 1, 1990 in Poznań, Poland and is a soul singer-songwriter and pianist. Kasia began playing the piano at the age of 7 learning the classical music of composers such as Chopin, Beethoven and Haydn and pursued her interest in piano throughout middle school and high school. She also started to explore different genres of music and has taken a keen interest in Soul and Jazz music. After high school Kasia enrolled in the Academy of Music in the Jazz vocal department in order to develop her growing talent in the field. As a child, Kasia grew up listening to Stevie Wonder, Whitney Houston and Prince and this greatly influenced her passion in music both playing the piano and singing. As she became exposed to more genres of music gravitating towards soul and neo-soul styles listening to artists such as Erykah Badu, Lauryn Hill, D’Angelo and Jamie Woon. Ultimately, Jazz music is her biggest passion, listening to icons such as Kurt Elling and Billie Holliday as well as a range of Jazz instrumental music. It was in the year 2009 Kasia wrote her first original composition. After a week in writing several music ideas, she eventually recorded them and sent the demos to a few record labels. [u]TAKE MY TEARS[/u] In 2011 Kasia signed a multi-rights agreement with the Evolution group of companies. After completing the writing of her album Kasia travelled to Ocean Way Studios in Nashville in June 2012 to record her debut album with some top players including Nick Manson (piano / arranger), Zoro (drums) along with Larry Braggs (vocals), Jerry Cortez (guitar) and Tom Politzer (sax) from Tower Of Power. Kasia Lins teamed up with Larry Braggs, from Tower Of Power, to make the first track of the album Liar. It sends a modern, fun and laid -back vibe which gracefully caries Kasia Lins' signature. The album was tinted in an intoxicating mix of pop, RnB and soul jazz, full of diversity and richness. The album Take My Tears was released throughout Asia in summer 2013, followed by a release in North America in the fall. The digital album was released simultaneously on iTunes, Spotify, Deezer and other major digital platforms. In July 2013, Take My Tears Japan Edition was out. By May 2014, the original version was released in Germany. By November 2013, Take My Tears found its way to the Top 4 on Linn Records Jazz Charts, 4th on Hong Kong HMV Jazz Charts and 1st on Singapore HMV Jazz Charts. [u]KASIA LINS ON LIVE[/u] Kasia Lins is fearless when it comes to performing live. April 2014, Kasia Lins got the amazing opportunity to share stage with former Sting guitarist, Dominic Miller, to sing Sting's masterpieces Shape Of My Heart. [u]KASIA LINS ON VEVO[/u] Following her album release, Kasia Lins released a series of chic, sensational music videos that populated her brand new VEVO channel.

Kobiety By Bukowski on Moja Wina by Kasia Lins