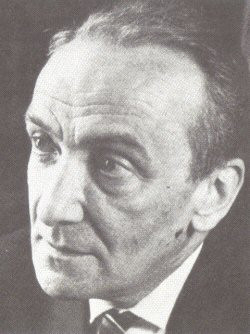 Kees van Baaren ([ˈkeːs fɑn ˈbaːrə(n)] or [ˈkeːs vɑn ˈbaːrə(n)] when pronouncing every word in isolation.; 22 October 1906 – 2 September 1970) was a Dutch composer and teacher.Van Baaren was born in Enschede. His early studies (1924–29) were in Berlin with Rudolph Breithaupt (piano) and Friedrich Koch (composition) at the Stern conservatory. After returning to the Netherlands in 1929, he studied with Willem Pijper. He adopted Pijper's "germ cell technique" in his compositions from about 1934 onward. While composing some works in an accessible, tonal style, in other pieces he developed toward a serial technique, which emerged fully with the Septet for five winds, violin, and double bass (1952) (). He was the first important Dutch composer to use twelve-tone technique.