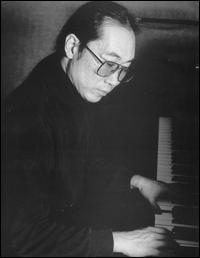 Kei Akagi (ケイ 赤城/赤城 恵 Akagi Kei, born March 16, 1953) is a Japanese American jazz pianist. In particular, he is known for his work with the Airto Moreira/Flora Purim group and in Miles Davis's band in the late 1980s and early 1990s.He was born in Japan, but lived in Cleveland, Ohio, for part of his childhood, until he moved back to Japan at the age of 12. He later returned to the United States at 22. He is associated with the Californian jazz scene at present. He is the Chancellor Professor of Music at the University of California, Irvine.

Since When on Circlepoint by Kei Akagi

Side in Side Out on Aqua Puzzle by Kei Akagi