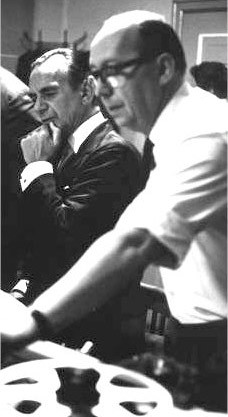 Kenneth Ernest Wilkinson (28 July 1912 – 13 January 2004) was an audio engineer for Decca Records, known for engineering classical recordings with superb sound quality.After working for small recording companies, Wilkinson was taken onto the staff of Decca, where he engineered many recordings, working with producers such as John Culshaw and conductors including Sir Georg Solti, Hans Knappertsbusch and Benjamin Britten. He trained a whole generation of celebrated Decca engineers.