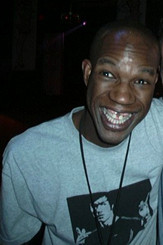 Born: Aug 21, 1968 in Hackney, London, England. A part of the mid-'80s London soul scene with his friend Jazzie B, Kid Batchelor began working in house tracks in 1987 during his DJ sets at the legendary Hedonism club nights. In the late '80s, he recorded with Keith Franklin (KCC) as Bang the Party; the duo released the first quality British house records, including "Jacque's Theme," "Release Your Body" and "Bang Bang, You're Mine." ~ John Bush, All Music Guide