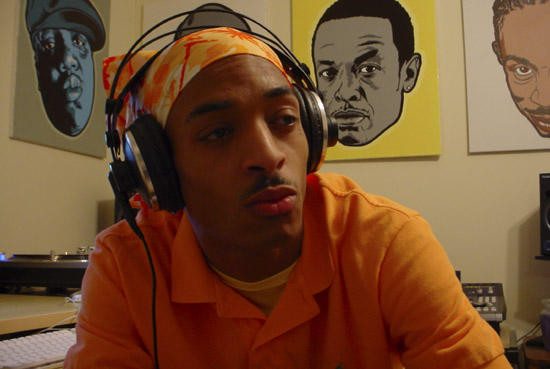 Born and raised in Coney Island, Brooklyn, NY. Kid Captain Coolout or H2O moved to Atlanta, GA in 1990 where he met Unkle Buk, Sha Boogie, Spearhead X and Logic, forming the group Yall So Stupid in early 1991, signing to Dallas Austin & L.A. Reid's Rowdy Records imprint in late 1992. The group released their first album entitled "Van Full Of Pakistans" in the spring of 1993 and sold a little over 80,000 units, having made two music videos that aired on BET, namely "85 South" & "Van Full Of Pakistans". Rowdy Records dropped the group at the end of the summer of '93, due to low numbers in sales, while the members parted ways, still remaining good friends. Meeting Audessey and Cognito during a freestyle session in Atlanta in 1994, Audessey moved down from VA to GA later that year and along with Dj Exzact & Bruce Blacc, they formed a group called The Perodic Table of Sound. Recording a 6-track EP that same year, shopping it to various indie labels. During that time, Bruce had unfinished business in Chicago and decided to move back there for a while, while Dj Exzact started producing professionally, leaving Audessey & H2O who continued to record. They decided to change the name of the group to Massinfluence). In 1995 Cognito also relocated to Atlanta and assumed the position as their front-man. Dj J-Sun had also joined the group and they released their first single in 1996. After releasing their second single in 1997, J-Sun left the group and opened his record store More Dusty Than Digital, after-which the group then enlisted Spearhead X as their Dj and continued from there to tour overseas. Massinfluence disbanded in the middle of 2002 after recording their second LP entitled "The I.S.M. - Intellect Street Music" with Dj Applejac. The album was never released as Audessey went back to school and Cognito constructed the Frolab. H2O was left as a solo artist and decided to use his internet alias Kid Captain Coolout.