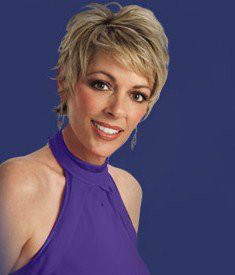 Band, US
Singer of Pop and Rock
A.k.a. Kimberly Boyce

American Christian singer, songwriter and author, born March 14, 1961 in Winter Haven, Florida. Husband: Gary Lee Koreiba Boyce rejected a network news position to go into the music ministry. Family has always been a special part of Kim’s life. She grew up in Florida and sang together with her younger sister, Tina, and her mother, Gail. After graduating as salutatorian of her high school class, Kim pursued a broadcasting degree at the University of South Florida. During college, her inner beauty and talent, accompanied by her outer beauty and grace, led to her becoming Miss Florida and placement in the Top Ten Semi-Finalists at the 1984 Miss America Pageant. In 1985, she moved to Nashville to pursue her dream of a career in CCM. During the past 15 years, Kim has achieved much success: seven Contemporary Christian albums, with eleven number one songs, two hit videos, repeat Dove Award nominations and she has authored five books. Her early career was spend pioneering the genre of Christian dance/pop music. After much commercial and critical acclaim, Kim began in 1994 to change musical styles to an adult contemporary sound. “My own personal musical preferences were beginning to change, and I wanted that change to be reflected in my music as well,” Kim explains. “Gary and I both grew up singing in churches with our families and now with the releases of my latest two albums, ‘By Faith’ and ‘As I am’, we’re able to sing in churches once again.”

Faith on Love Is You to Me by Kim Boyce

How Will They Remember? on Kim Boyce by Kim Boyce

Not for Me on Time and Again by Kim Boyce

Sing and Dance on Kim Boyce by Kim Boyce