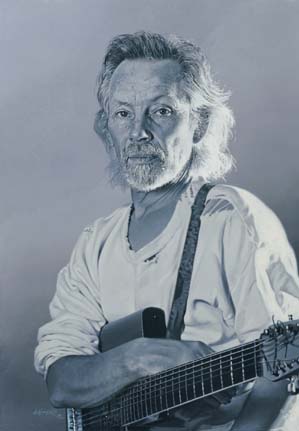 Klaus Voormann (born 29 April 1938) is a German artist, musician, and record producer. He designed artwork for many bands including the Beatles, the Bee Gees, Wet Wet Wet and Turbonegro. His most notable work as a producer was his work with the band Trio, including their worldwide hit "Da Da Da". As a musician, Voormann is best known for being the bassist for Manfred Mann from 1966 to 1969, and for performing as a session musician on a host of recordings, including many by former members of the Beatles.