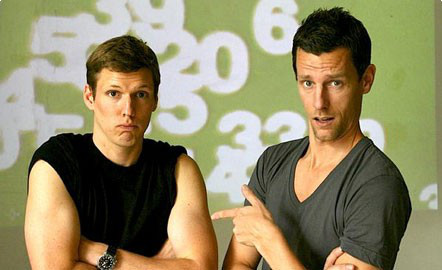 Sebastian Döring (AKA Superbird) started his career as a remixer and producer under the name of TBA. Together with Daniel Klein (AKA Gucciman), in the late 1990's they formed a first successful project, Kiez Kidz, named as a hint of the city of Hamburg where they produced. At the same time, Sebastian Döring and Torsten Freese (aka Toddie) met in the club life of Hamburg and both together started the Knee Deep partnership. Their ongoing single and --under the Knee Deep name-- common productions, mainly for the R.O.I. (Records Of Interest) and T.O.I. (Trax Of Interest) labels are representing today their early underground success. Together with Kid Alex and Daniel Klein they strengthened these two Hamburg labels, which were basically supported by Mousse T., Sebastian Döring and Thorsten Freese produced under many different names and synonyms, whereas "Knee Deep" and "Knee Deep Brothers" were well-known. Soon they remixed artists like Soulsearcher, ATFC, Olav Basoski, Astrotrax, Johnny Corporate, David Morales, Full Intention, Craig David, Jamiroquai and many others, and with the Defected label they soon got a perfect partner in the UK. For opening the US market they started at first their successful work for "Look At You" artists, like the Pound Boys. In 2003, they founded their own Kneedeep Recordings and they are now producing upcoming acts like DJ Jorj or similarly the established Pound Boys -– but now on their own label.

All About Love on Big Love EP by Knee Deep