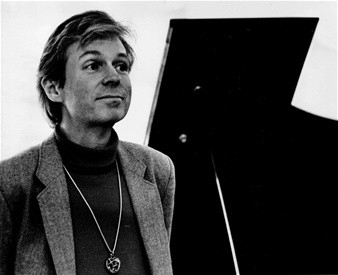 Lars Sjösten (7 May 1941 – October 2011) was a Swedish jazz pianist and composer.Sjösten was born in Oskarshamn. During the 1960s, he often worked at the jazz restaurant The Golden Circle in Stockholm. He played with many jazz musicians including Ben Webster, Dexter Gordon, Art Farmer, Wayne Shorter, and Bernt Rosengren. He was the first person to receive the Jan Johansson prize in 1969.Sjösten also played in Lars Gullin's groups. Sjösten and Gullin became friends and in 1997, Sjösten was given the inaugural Lars Gullin Prize, for his work within the musical heritage of Lars Gullin.

At the Ping Pong Ball on Select Notes by Lars Sjösten

Gasoline, My Beloved on Select Notes by Lars Sjösten

The Acoustic Eel on Select Notes by Lars Sjösten