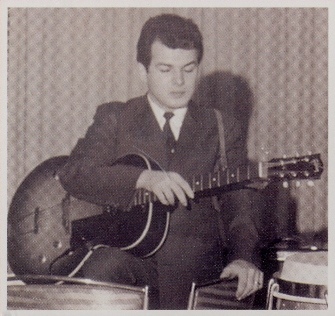 Jazz guitarist. Born : August 5, 1941, Auburn, Maine Died : August 12, 1984, Los Angeles, California A legendary guitarist who developed his unique playing style blending, country, classical, jazz, and flamenco - often in the same arrangements. The son of country recording artists Hal Lone Pine and Betty Cody, he found early inspiration in musicians like Merle Travis and Chet Atkins on traditional fingerpicking style, and later Bill Evans when it came to harmonics and approach. Over time he sought to continue the development of his playing styles by using custom made 7-string guitars. Throughout his career he struggled with alcohol and drug abuse. When living, his style and techniques were studied by many pro guitarist who would gather to observe his live performances. At the age of 43, he was found dead in a Los Angeles swimming pool. His death remains an unsolved homicide. In 1997, he was inducted into the Canadian Music Hall of Fame. The Berklee College of Music offers a course in his unique style, and he continues to be studied as one of the most innovative and influential guitarist who who has ever lived.

Here's That Rainy Day on Cabin Fever by Lenny Breau