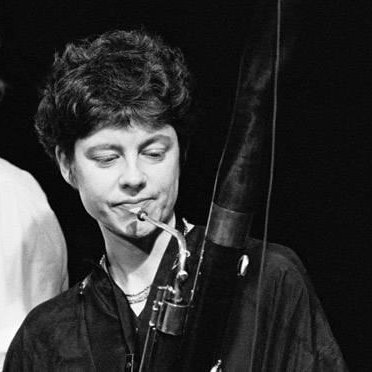 Lindsay Cooper (3 March 1951 – 18 September 2013) was an English bassoon and oboe player, composer and political activist. Best known for her work with the band Henry Cow, she was also a member of Comus, National Health, News from Babel and David Thomas and the Pedestrians. She collaborated with a number of musicians, including Chris Cutler and Sally Potter, and co-founded the Feminist Improvising Group. She wrote scores for film and TV and a song cycle Oh Moscow which was performed live around the world in 1987. She also recorded a number of solo albums, including Rags (1980), The Gold Diggers (1983) and Music For Other Occasions (1986).

Suburban Tango on An Angel on the Bridge by Lindsay Cooper

Botticelli on An Angel on the Bridge by Lindsay Cooper

Savannah on An Angel on the Bridge by Lindsay Cooper

Nightmare on Music for Ondes Martenot by Thomas Bloch

Wiegenlied on An Angel on the Bridge by Lindsay Cooper