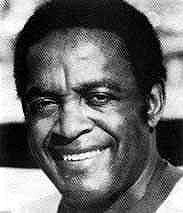 *1924 US, Brooklyn
Composer / Songwriter of Reggae and World
A.k.a. Irving Burgie Irving Burgess

Irving Louis Burgie (born July 28, 1924), better known as Lord Burgess, is an American songwriter, born in Brooklyn, New York. His mother was from Barbados and his father was from Virginia.He is best known for the song "Jamaica Farewell", for which he wrote the lyrics. It was recorded by Harry Belafonte, Jimmy Buffett, Carly Simon and others. Burgie is the composer of 34 songs for Harry Belafonte, including eight of the eleven songs on the Belafonte album Calypso, which reached #1 on the Billboard charts. It was the first album of any kind to sell one million copies. In 1955, Burgie and William Attaway wrote a version of the lyrics for "Banana Boat Song" for the Colgate Comedy Hour, which was performed by Belafonte. This is the version that is by far the best known to listeners today, as i