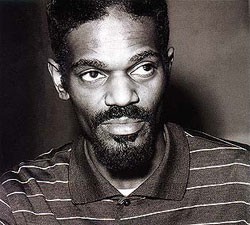 Lou Bennett (May 18, 1926, Philadelphia – February 10, 1997, Paris) was an American jazz organist.Bennett first played bebop on piano, but started playing organ in 1956 after hearing Jimmy Smith. Bennett toured the U.S. with an organ trio between 1957 and 1959, and then moved to Paris in 1960. There he recorded and performed at the Blue Note with Jimmy Gourley and Kenny Clarke (as well as Rene Thomas); he returned to America only once, for the 1964 Newport Jazz Festival. He also recorded in the 1960s with Philip Catherine, Shirley Bunnie Foy and Franco Manzecchi. In the 1980s he played in his own quintet with Gerard Badini, among others. During this period he also toured extensively throughout Spain, including, Almeria, Barcelona, La Coruna, Segovia, and Madrid.

Round Midnight on Now Hear My Meaning by Lou Bennett