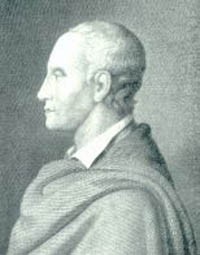 Ludwig Christoph Heinrich Hölty (21 December 1748 – 1 September 1776) was a German poet, known especially for his ballads.Hölty was born in the Electorate of Hanover in the village of Mariensee (today part of Neustadt am Rübenberge) where his father was pastor. In 1769, he went to study theology at the University of Göttingen. There he formed a close friendship with Johann Martin Miller, Johann Heinrich Voss, Heinrich Christian Boie, the brothers Stolberg, and others, and became one of the founders of the famous society of young poets known as the Hain, or Göttinger Hainbund. By the time he left the university in 1774, he had abandoned all intention of becoming a clergyman, but he was not to enter any profession. He died of consumption at Hanover.