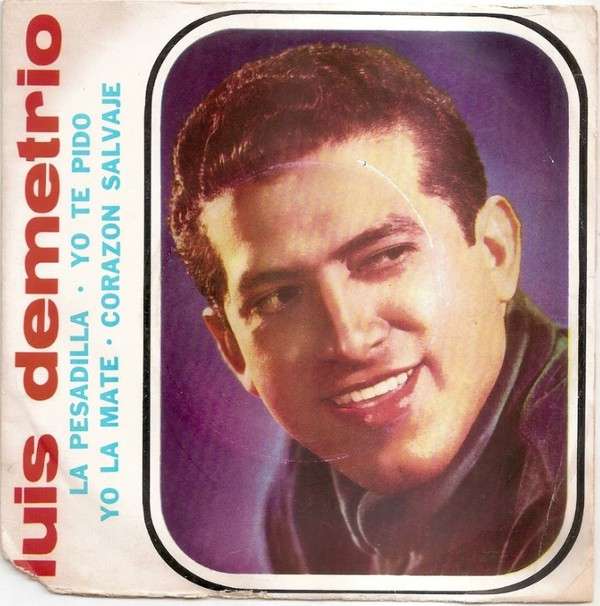 Luis Demetrio Traconis Molina, composer and Mexican singer, minor of the four children, and only male, of Don Juan B. Traconis and Mrs. Ofelia Molina, was born in Mérida, Yucatán, on April 21, 1931. At the early age of three years he showed his inclination for music by playing, with a small harmonica, faithfully the popular Yucatecan melodies and when he turned 12 he revealed his skills as a composer with his first song, "Felicidad". for the year 1950, the then famous Avileño Trio, recorded his song "Yo No Sé Qué Siento Aquí", and almost at the same time, Dámaso Pérez Prado El Rey del Mambo, presented the same theme, renamed "La Cerveza". For 1954, at the height of the Cha-Cha, Luis Demetrio joined the choirs of the Cuban orchestra América, which directed the Mtro. Ninón Mondejar, who immediately included in his repertoire and records the songs of Luis Demetrio. In 1957, his composition "La Puerta" was placed among the great favorites of the Spanish-speaking public, in the voice of the famous Chilean singer Lucho Gatica. Maestro Luis Demetrio died on December 17, 2007, in the city of Cuernavaca, Morelos, and his legacy enriches Mexico's musical heritage.