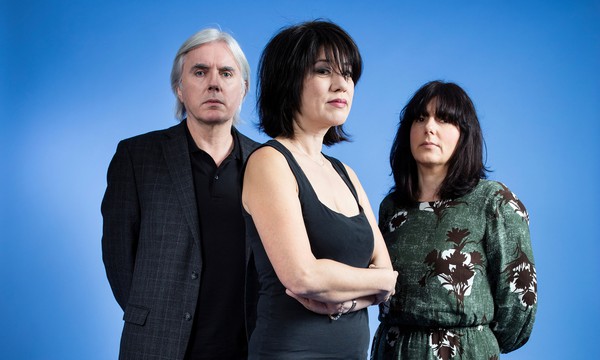 Meshing dreamy, feedback-drenched guitars with airy, catchy melodies, Lush were one of the most prominent shoegazing bands of the early '90s. Led by guitarists Miki Berenyi and Emma Anderson, the British band earned a cult following within the British and American undergrounds with its first EPs, yet the group never quite attained the critical respect given to its peers My Bloody Valentine and Ride. Even so, Lush lasted longer than any other of their contemporaries (with the exception of The Boo Radleys), developing sharp pop skills as their career progressed. By the time of their final album, 1996's "Lovelife", they had converted themselves into a power pop band with dream pop overtones, which resulted in the greatest chart success of their career. Their success was dealt a blow when drummer Chris Acland committed suicide in the fall of 1996, effectively bringing the band to an end. Lush reformed in September of 2015, with the addition of Elastica (2) drummer Justin Welch.

For Love on Spooky by Lush

Ladykillers on Lovelife by Lush

Desire Lines on Split by Lush

Sweetness and Light on Gala by Lush

I Have the Moon on Topolino by Lush

De-Luxe on Gala by Lush

Nothing Natural on Spooky by Lush

Ciao! on Lovelife by Lush

Last Night on Lovelife by Lush