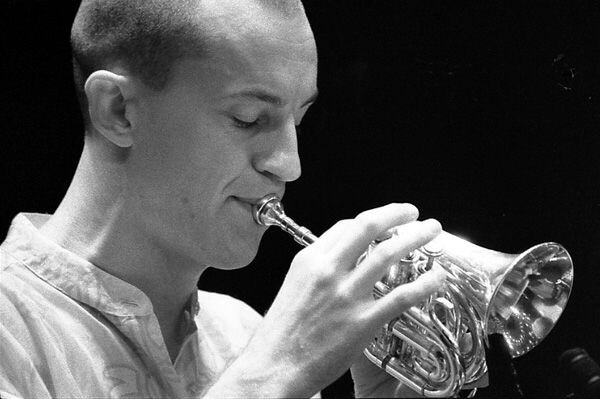 Médéric Collignon (born 6 July 1970 in Villers-Semeuse, Ardennes) is a French jazz vocalist, cornettist and saxhorn player.He learnt to play the trumpet at the age of five, became a pupil at the Conservatoire de Charleville-Mézières in 1984, and gained his diploma at the Conservatoire de Nancy in 1989. In 2009 he was awarded the Django Reinhardt prize by the Académie du Jazz.He has been influenced by various genres, including funk, hard rock, jazz-rock and the music of Olivier Messiaen.

The Way to San Mateo on MoOvies by Médéric Collignon

Brubaker Adagio's and Coda on MoOvies by Médéric Collignon