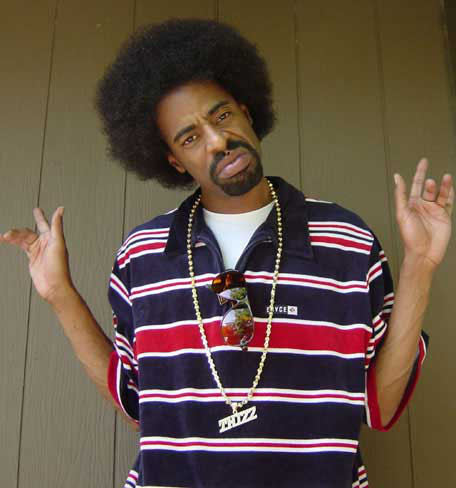 Mac Dre (born July 5, 1970, Oakland, California, USA – died November 1, 2004, Kansas City, Missouri, USA) was an American rapper based in Vallejo, California. Mac Dre was considered as one of the pioneers of Bay Area rap. He started his career in the late 1980's working with Khayree on his label, Strictly Business Records. In the early 1990's, Dre spent some years in jail after being convicted of several robberies. When he was released, he started his own label, Romp Records, and later Thizz Entertainment, on which he released more than ten solo albums. Mac Dre collaborated with many Bay Area artists and featured on numerous albums and compilations. He was shot dead after a Kansas City show on November 1, 2004.

Fellin' Myself on Ronald Dregan For President 2004: Dreganomics by Mac Dre

Get Stupid on Ronald Dregan by Mac Dre

Since '84 on Ronald Dregan For President 2004: Dreganomics by Mac Dre