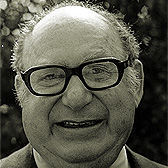 American lyricist and songwriter (born 5 July 1912 in New York City, New York, USA - died 30 December 1993 in Rancho Mirage, California, USA). Born into a Jewish family, after originally planing to become an attorney, attending Cornell University and St. John's University Law School. However, in the mid-1940s, Mack began writing songs for New York's Tin Pan Alley. These initial successes prompted Mack to move to Hollywood, California to work in the film and television industries. He was particularly well known for his film and television work in the 1960s, especially on the Disney films Cinderella and Alice In Wonderland, as well as the original English lyrics for "La Vie En Rose", which was translated into French by Edith Piaf and became the signature song of her career. Mack enjoyed considerable success, including eight Academy Award nominations and induction into the Songwriters Hall of Fame in 1975. He died in 1993 in his home and his remains are buried at the Mount Sinai Memorial Park Cemetery in Los Angeles, California. He is the elder brother of American lyricist and songwriter Hal David.