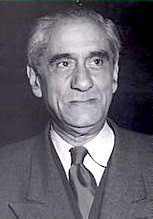 Manuel Infante (July 29, 1883 – April 21, 1958) was a Spanish composer long resident in France.A native of Osuna, Infante studied piano and composition with Enrique Morera, and settled in Paris in 1909. While there, he presented numerous concerts of Spanish music; a Spanish nationalist element is predominant in his own works. His most significant music was written for piano, and included 2 suites for two pianos. His works became popular through performances by his countryman José Iturbi, to whom many of them are dedicated.Infante died in Paris on April 21, 1958.

Infante: Danzas andaluzas: I. Ritmo on Live from the Lugano Festival 2005 by Martha Argerich

Danzas andaluzas: Sentimiento on Live from the Lugano Festival 2005 by Martha Argerich