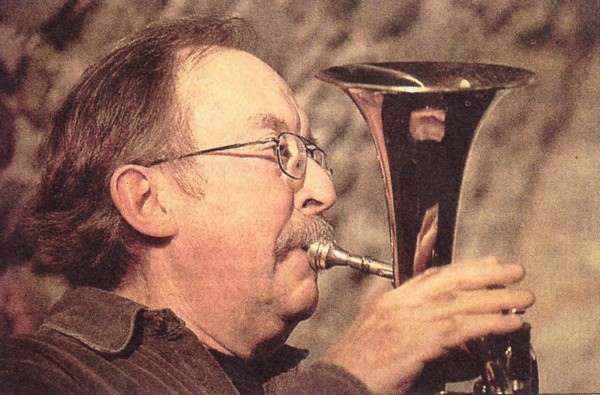 Mark Charig (born 22 February 1944 in London) is a British trumpeter and cornetist.He was particularly active in the late 1960s and early 1970s, when he played in settings as diverse as Long John Baldry's group, Bluesology, Soft Machine, and Keith Tippett's group and his Centipede big band. Charig also featured on several King Crimson albums, being particularly prominent in a long solo on the title track of Islands, on the title track of Lizard and on the track 'Fallen Angel' on the 'Red' album.More recently, he has recorded KJU: a CD of quartet improvisations with the group "Quatuohr"