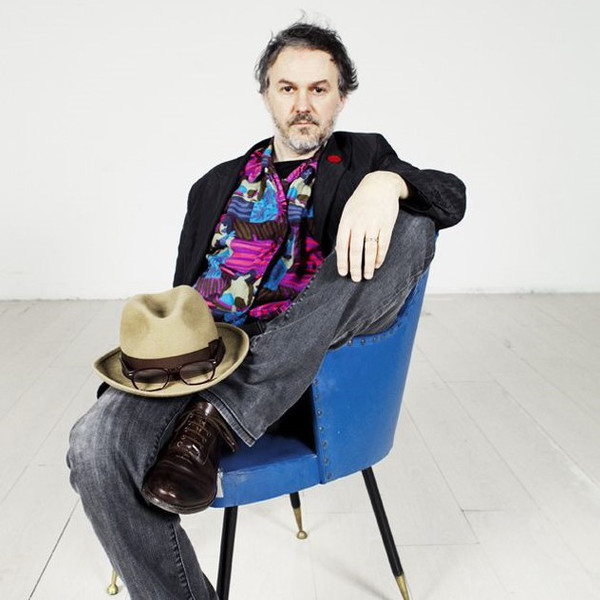 For lack of a more fitting definition, critics usually describe Marco Parente as a singer/songwriter. Which is true, but also very narrowing for an artist who's constantly tried to move beyond the boundaries of genres and styles, expanding his music with the most different sounds (from jazz to Balcanic brass band arrangements) while exploring other art forms such as literature, visuals, and theater. To put it simple, one of the more original and eclectic Italian musicians of his generation. Born in Naples in 1969 but musically grown up in Florence, Parente had his first music experiences as a drummer, first with the band Otto'p'notri then as a session man for C.S.I and Andrea Chimenti, with whom he released respectively the albums Linea Gotica and L'Albero Pazzo, both in 1996. In 1997 Parente released his first album, Eppur Non Basta: the work of an artist whose influences span from the most experimental Italian singer/songwriters to American musicians such as Tim and Jeff Buckley and Shawn Phillips. 1999's Testa, Dì Cuore moved a step forward in the direction of more experimental sounds, but always within classical verse-chorus-verse structures -- in this sense, the easiest influence to spot was Radiohead's, as made clear by a song such as "Karma Parente." In 2000 Parente took part of the traveling show Pullman My Daisy with the likes of Lawrence Ferlinghetti, John Giorno, and Alejandro Jodorowsky, and he wrote the score for Tempesta di Sogni, a ballet by the Blue Danza company inspired by Shakespeare's The Tempest. 2002 saw the release of Trasparente: produced by Afterhours' Manuel Agnelli, it was Parente's most ambitious work to date, and according to many his most accomplished. In the same year he received together with Agnelli and Cristina Donà the Grinzane Cavour prize for the poetical values of his lyrics; the recording of the concert the three artists made in that occasion was released in 2004 enclosed to the Italian music magazine Il Mucchio Extra. A 2003 performance with Millennium Bugs' Orchestra was released in 2004 under the title L'Attuale Jungla. Then with a brand new backing band including members of Italian experimental act Mariposa, Parente released between 2005 and 2006 two records with the same title, Neve Ridens, but different -- and somehow complementary -- in both track lists and atmospheres. The concerts made in Florence for the release of the first of those two records formed the core of 2006's dvd Neve Ridens un Giorno, including also a recording of a music- and literature-based show called Il Rumore dei Libri.

Scolpisciguerra on Trasparente by Marco Parente

Derivanti on Trasparente by Marco Parente

Vita on Life by Marco Parente