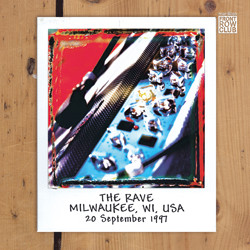 Recorded on the 20th of September 1997 during the This Strange Engine-Tour. Released as part of the Front Row Club-series. From Marillions website - ''Quite late on during the North American leg of the This Strange Engine tour the band had settled into a comfortable selection of varying set lists. This show in particular was broadcast on a local cable TV channel in Milwaukee, and has ended up circulating as a poor quality video bootleg. Due to numerous requests, we are now presenting it as an official Front Row Club release'' '' 'Sugar Mice' (played just before 'Garden Party') was unfortunately not on the master recording, but apart from that this is a complete show, and all speaking between songs is included.'' Track times from CD playback.