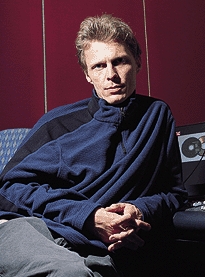 British keyboardist, composer, producer and musical director. Born: 1961 in London, England, UK. He is best known for his considerable sound-design and programming skills for artists including U2, Madonna, and Björk.