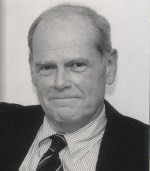 Born: Aug 9, 1924 in Richmond, VA Dead: Apr 13, 1992 in Alexandria, VA Martin Williams was one of jazz's most influential critics and advocates. Credited for writing liner notes. Mr. Williams made his early reputation writing for The Saturday Review, Kulchur, Evergreen Review and The New York Times. He also provided liner notes for many albums. In 1958, with Nat Hentoff, he founded The Jazz Review, which broke tradition by regularly including articles by musicians. Mr. Williams's most durable work, "The Jazz Tradition," was published in 1970 and has proved to be one of the most important books on jazz. Divided into chapters on artists from King Oliver through Ornette Coleman, it provides analysis of the music itself, avoiding sentimentalities and generalizations and linking the music to the larger American culture. In 1971, Mr. Williams became the director of the Jazz and American Culture programs at the Smithsonian Institution, where he presented concerts and lectures, assembled the archives and began developing recording projects. During his tenure there, which lasted until he retired in 1981, he wrote a series of books about American popular culture, on subjects from television and movies to comic strips. From 1981 through 1991, he was an editor of special projects at the Smithsonian Institution Press. In 1973, he put together "The Smithsonian Collection of Classic Jazz," an overview of recordings that helped solidify the jazz canon. His album notes for a subsequent collection, "The Smithsonian Collection of Big-Band Jazz," earned Mr. Williams a Grammy Award.