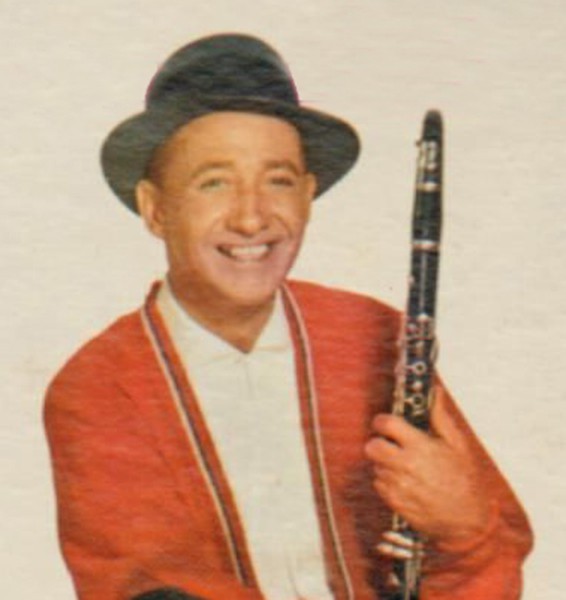 Julian Clifton "Matty" Matlock was an American Dixieland jazz clarinettist, saxophonist and arranger. Born : April 27, 1907 in Paducah, Kentucky. Died : June 14, 1978 in Los Angeles, California. From 1929-1934 Matlock replaced Benny Goodman in the Ben Pollack band doing arrangements and performing on clarinet. From 1935-1942, after a falling out with Pollack, Matty joined Bob Crosby in whose band he was the featured clarinetist and also doubled on saxophone in the saxophone section, as well as contribute arrangements to the band's continuously growing repertoire. Over his career, Matlock wrote many arrangements for various television shows, feature films and motion pictures. From Wikipedia, the free encyclopedia

For All We Know on The Beguiling Miss by Frances Bergen

Que Será, Será (Whatever Will Be, Will Be) on Hits Of The '50s by Various Artists