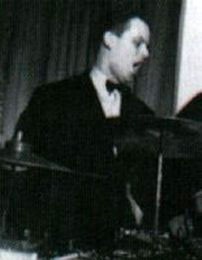 Maurice "Moe" Purtill (May 4, 1916 – March 9, 1994) was an American drummer who is best known today as Glenn Miller's featured drummer from 1939 to 1942.Born in Huntington, New York, Purtill dropped out of high school and started out as a freelance drummer in New York Studios. At the age of 20, he would then go on to play with Red Norvo at the beginning of 1936. Purtill's big break came when he played in Glenn Miller's first (and unsuccessful) band in December 1937. Purtill then went on to play with Tommy Dorsey until 1938. After his stint with Dorsey, he joined Miller on April 6, 1939 where he remained until September 27, 1942 when Miller broke up his band to join the Army. Purtill appeared on virtually all of Miller's hit records.