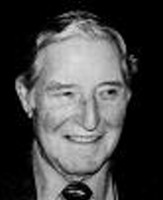 British pianist, composer and arranger. Born: 15 September 1918 in Bournemouth, Dorset, England Died: 13 March 2004 in London, England Born into a Jewish family, his father was a tailor from Poland, and his mother had emigrated from Latvia. Harris was raised in London. He originally embarked on a career in dance bands and as a jazz musician, before his war service, becoming a captain in the Royal Army Service Corps. Post-war, Harris worked aboard the Mauretania on six cruises, and in groups led by clarinettist Carl Barriteau and drummer Jack Parnell. An arranger for visiting Americans such as Frank Sinatra, he wrote jingles for commercials in the later 1950s. His theme music for the Anthony Newley series The Strange World of Gurney Slade (1960) reached number 11 in the UK Singles Chart, and still resurfaces in fresh contexts. Harris also provided the theme music for the London Weekend Television (LWT) TV series The Gold Robbers (1969), the BBC 1 science-fiction series Doomwatch (1970–72), the LWT drama anthology series Big Brother (1970), the LWT police drama series New Scotland Yard (1972), the ITV comedy series Odd Man Out (1977) and the BBC serial A Horseman Riding By (1978). Harris contributed the themes for several series featuring Ronnie Barker, such as Porridge and Open All Hours, and worked on the Dennis Potter serial The Singing Detective (1986), which included arranging and performing its accordion-based main theme. The Max Harris Group provided the music for the fourth series of Round the Horne (1968), and he wrote the theme tune in klezmer style for Radio 4's The Attractive Young Rabbi (1999–2002). His film work included the scores to Baby Love (1968), the film version of On the Buses (1971), and Carry On England (1976). He was also music director on several jazz albums issued during the 1970s which partnered violinists Stéphane Grappelli and Yehudi Menuhin.

Strachey: Spread It Around: These Foolish Things on Menuhin & Grappelli Play Jealousy & Other Great Standards by Yehudi Menuhin & Stéphane Grappelli