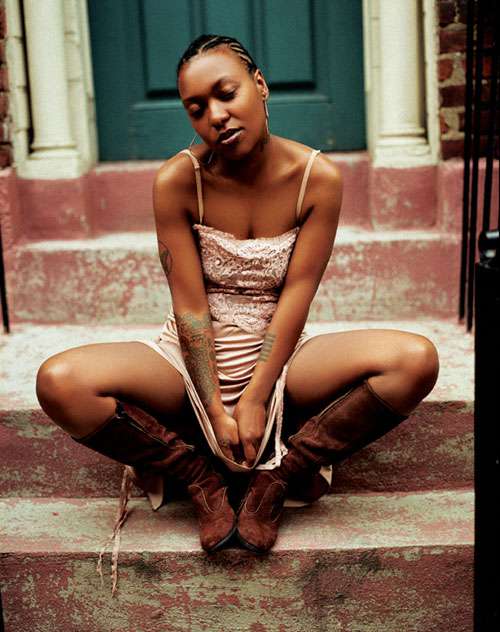 Meshell Ndegeocello (/mɪˈʃɛl ndɛˈɡeɪoʊtʃɛloʊ/; born Michelle Lynn Johnson, August 29, 1968) is an American singer-songwriter, rapper, bassist, and vocalist. Her music incorporates a wide variety of influences, including funk, soul, jazz, hip hop, reggae and rock. She has received significant critical acclaim throughout her career, and has had ten career Grammy Award nominations. She has been credited for having "sparked the neo-soul movement."