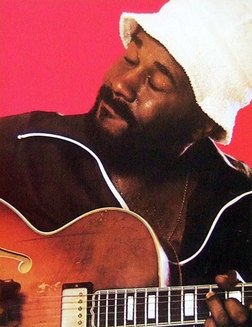 Soul funk guitarist - songwriter - producer. Born in Richmond, Virginia in 1950, died in Santa Monica, California on October 24, 2018 at the age of 67. He joined the Motown house band, The Funk Brothers, in 1968 and later played on one of The Temptations’ most iconic singles 'Papa Was A Rollin' Stone'. He also worked as a top session musician for artists such as Michael Jackson (Off The Wall), Marvin Gaye (Let's Get It On), Herbie Hancock (Man-Child), and Quincy Jones (Body Heat), among others.