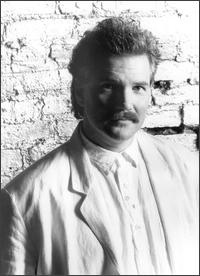 Unbearable Lightness Of Being on Collected Works by Michael Colina