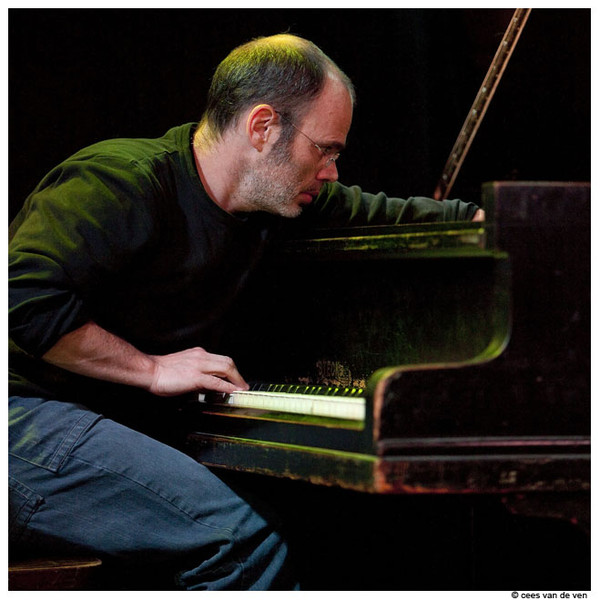 Swiss pianist and composer, born 1964. Pianist and composer Michel Wintsch’s unflagging inspiration springs from a rich and varied musical background. Linking jazz tradition with the raw power of “progressive” rock, freewheeling improvisation with the rigors of orchestral composition, virtuoso playing with digital editing and mixing techniques, he takes an approach that is both syncretic and poetic. A way of composing that leaves plenty of creative space to fellow musicians, yet establishes a style that is his alone. Music that is truly here and now, unclassifiable and migratory. Music that speaks to our senses as much as to our imagination, brand new but familiar. Music that sweeps along but never ceases to surprise us. Musical career Born in Switzerland in 1964, Michel Wintsch succumbed to music as a child. Even then he refused the limits of what the schools teach. As time went by, the piano became a daily delight, a form of asceticism essential to his well-being. Creativity became a way of life. He has worked for the cinema (notably for the Swiss director Alain Tanner), for radio, television and the theatre. He put the writings of Marguerite Yourcenar to music and composed the opera “Ma Barker”. His first live appearances were with the rock group “Monkey’s Touch”, which toured the circuit regularly in the 80s. He now plays numerous gigs and concerts with musicians who experiment with improvised music, including Fred Frith, Martin Schütz, Michel Doneda, Ray Anderson, etc, and his regular trio he co-founded with American percussionist and composer Gerry Hemingway, and Swiss bassist Bänz Oester. These myriad encounters, exchanges and tours have given the music of Michel Wintsch a highly personal, unmistakable note.