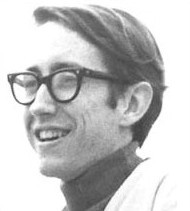 Born 19.04.1945, Riverside, California, USA Died 13.11.2002, Sacramento, California, USA Mike Stewart, singer/guitarist/banjoist, was the guitarist of folk-rock quintet We Five. He also arranged most of the group’s music. He is the brother of John Stewart (2) and father of Xiu Xiu's Jamie Stewart (2). After We Five dis-banded Michael formed a Bay Area (CA) group called West (11). Later he became a successful producer with his most prominent work Billy Joel's "Piano Man", producing more than 20 albums and singles for such artists as Tom Jones, Kenny Rankin and Ahmad Jamal. Associated with Devonshire Studios. In the 90's he became a computer programmer.