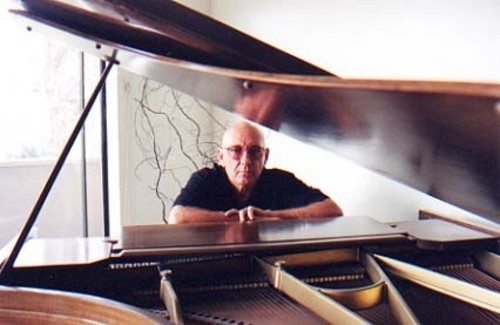 Mike Wofford (born February 28, 1938 in San Antonio, Texas), is a jazz pianist, raised in San Diego, California.He is best known as an accompanist to and music director for singers Sarah Vaughan (in the 1970s), Ella Fitzgerald (1989–1992) and others. That stated, he was known in the jazz community going back to the 1960s for the albums Strawberry Wine and Summer Night. He settled in Los Angeles and performed with Shorty Rogers, Teddy Edwards, Bud Shank, Red Norvo, Chet Baker, Joe Pass, Quincy Jones, Oliver Nelson, Shelly Manne and Zoot Sims, among many others. In the 1970s he toured Europe with Manne and Lee Konitz, in the 1980s Japan with Manne, Harry "Sweets" Edison and Eddie "Lockjaw" Davis, and Japan and Brazil with Benny Carter. Resettling in San Diego, he performed with Kenny Burrell

Take the A Train on Wofford, Mike: Time Cafe by Mike Wofford

Sonar on Synergy by Mike Wofford

Dipper on Synergy by Mike Wofford