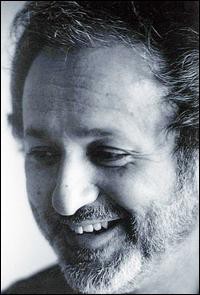 Milcho Leviev [ˈmiɫtʃo lɛˈviɛf] (Bulgarian: Милчо Левиев) (December 19, 1937, Plovdiv, Bulgaria) is a Bulgarian composer, arranger, jazz performer and pianist.Milcho Leviev graduated from the State Academy of Music in 1960 majoring in Composition under Professor Pancho Vladigerov and in Piano under Professor Andrei Stoyanov. As a student, he won the second prize at the International Competition in Vienna for his Toccatina for piano. His professional development as a composer began at the Drama Theatre in Plovdiv. He was appointed conductor of the Big Band of the Bulgarian National Radio after Emil Georgiev left office (1962–66). His vanguard ideas innovated the orchestra; pieces like Studia, Blues in 9 or Anti-waltz became a standard of a successful synthesis between music folklore and jaz

Air on a Blue String on Coffeehouse Piano Jazz, Vol. 1 by Various Artists